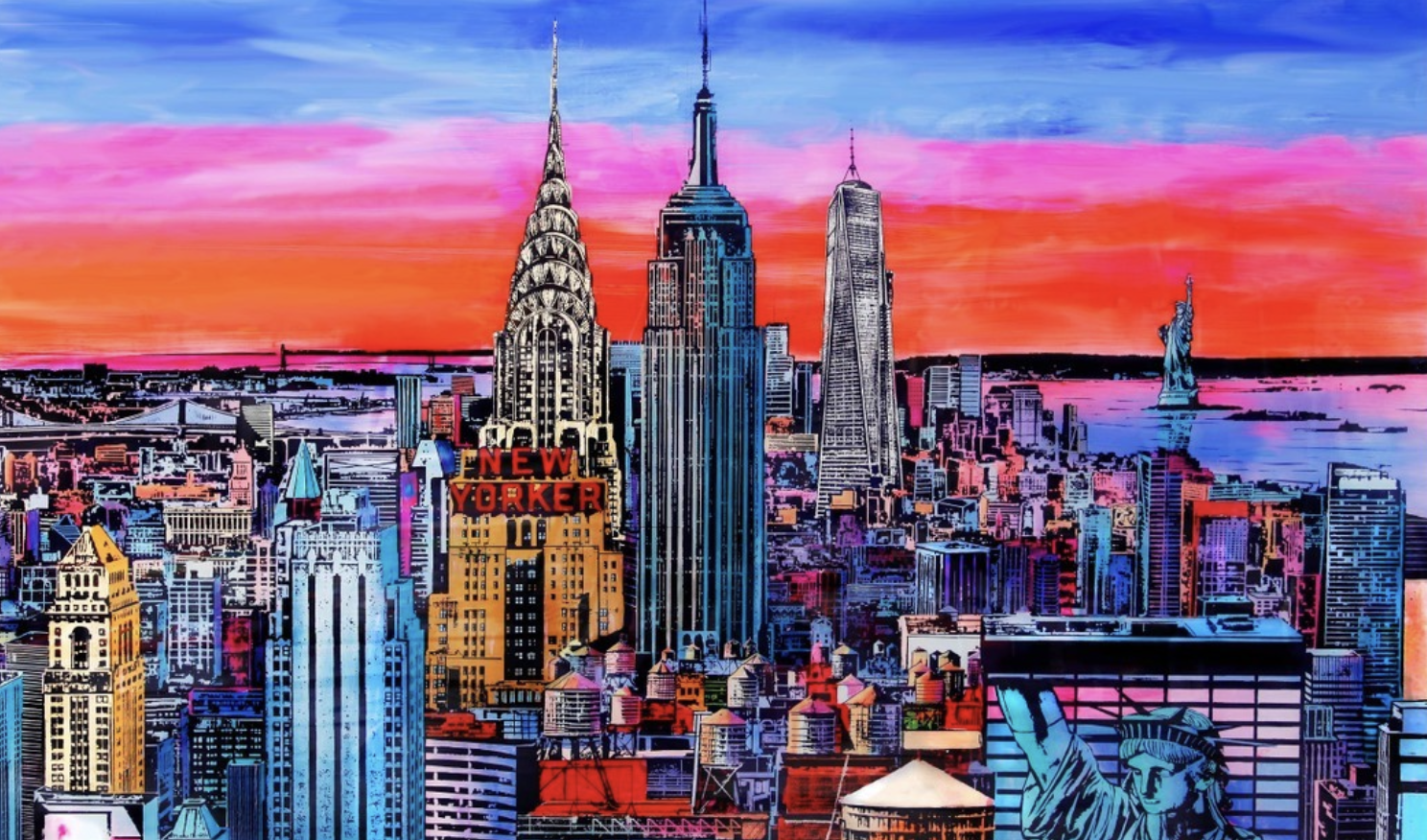 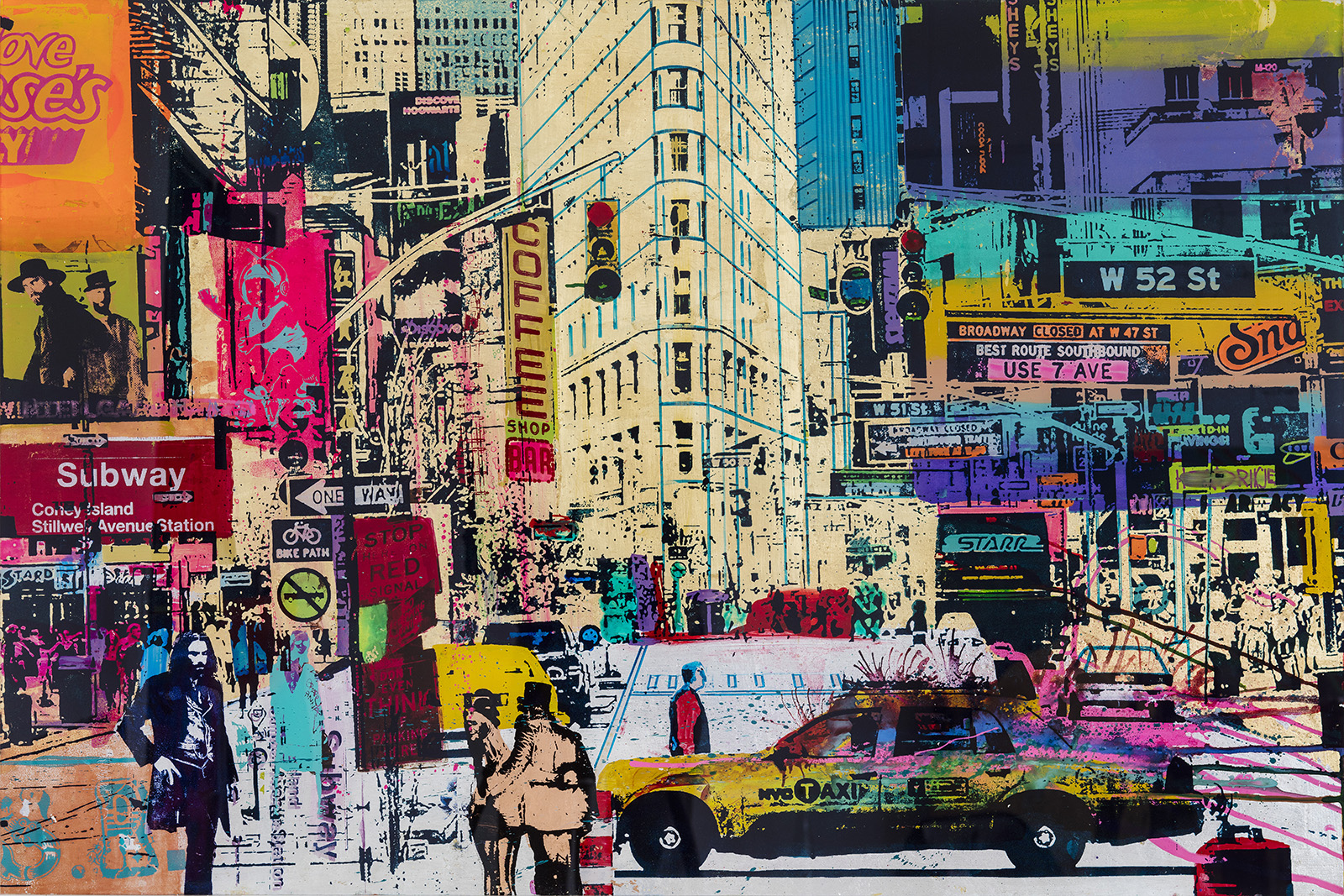 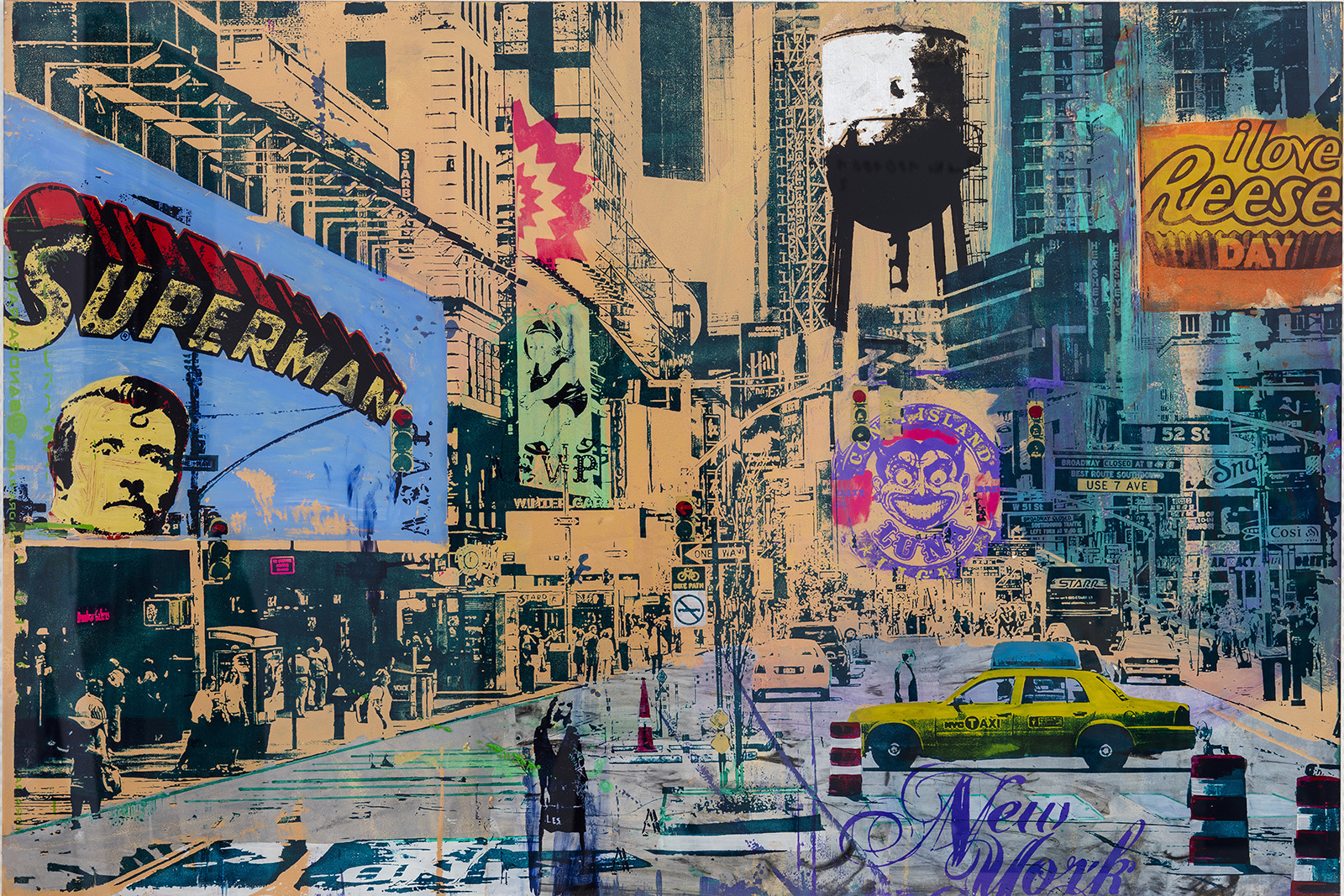 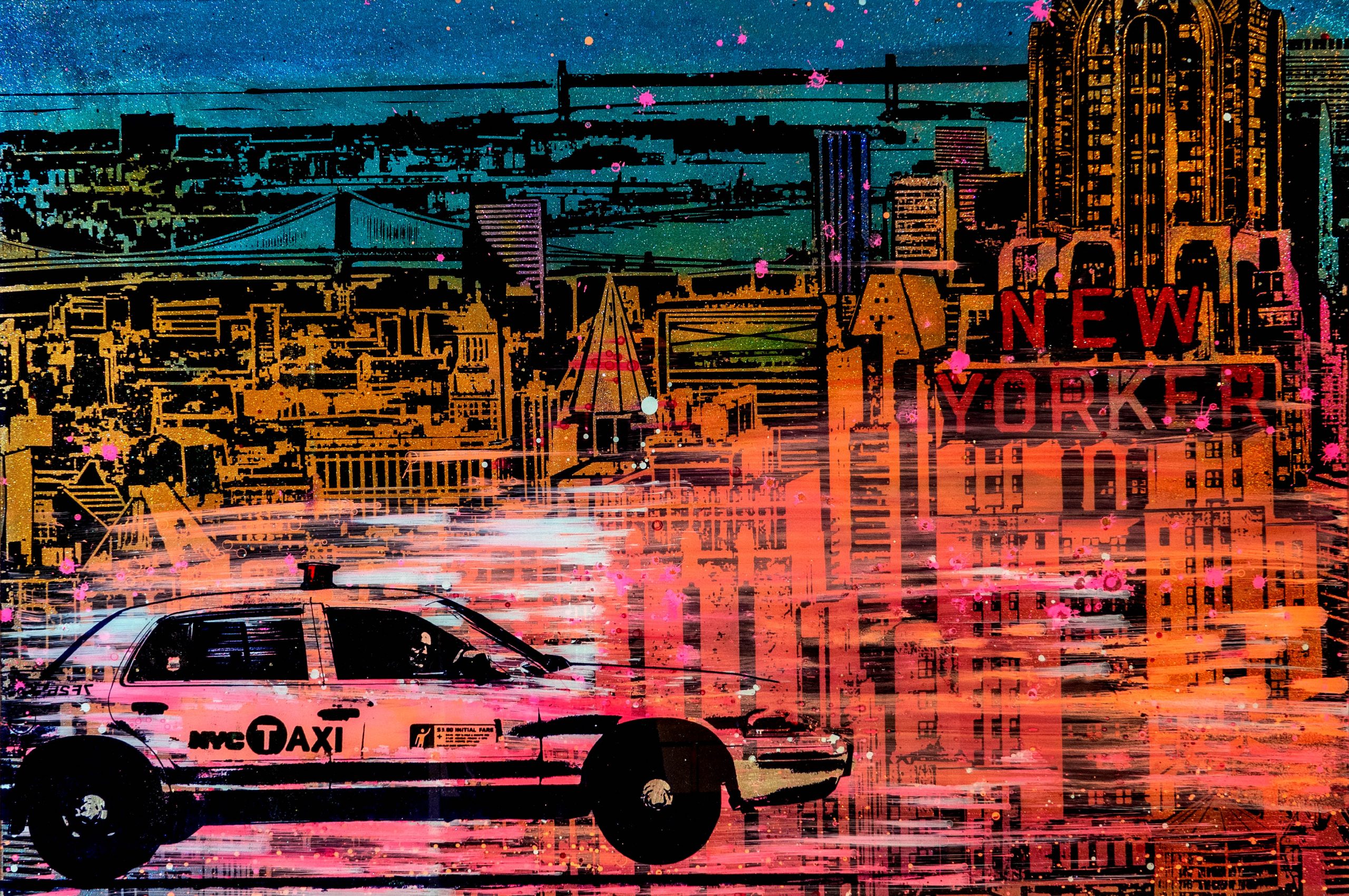 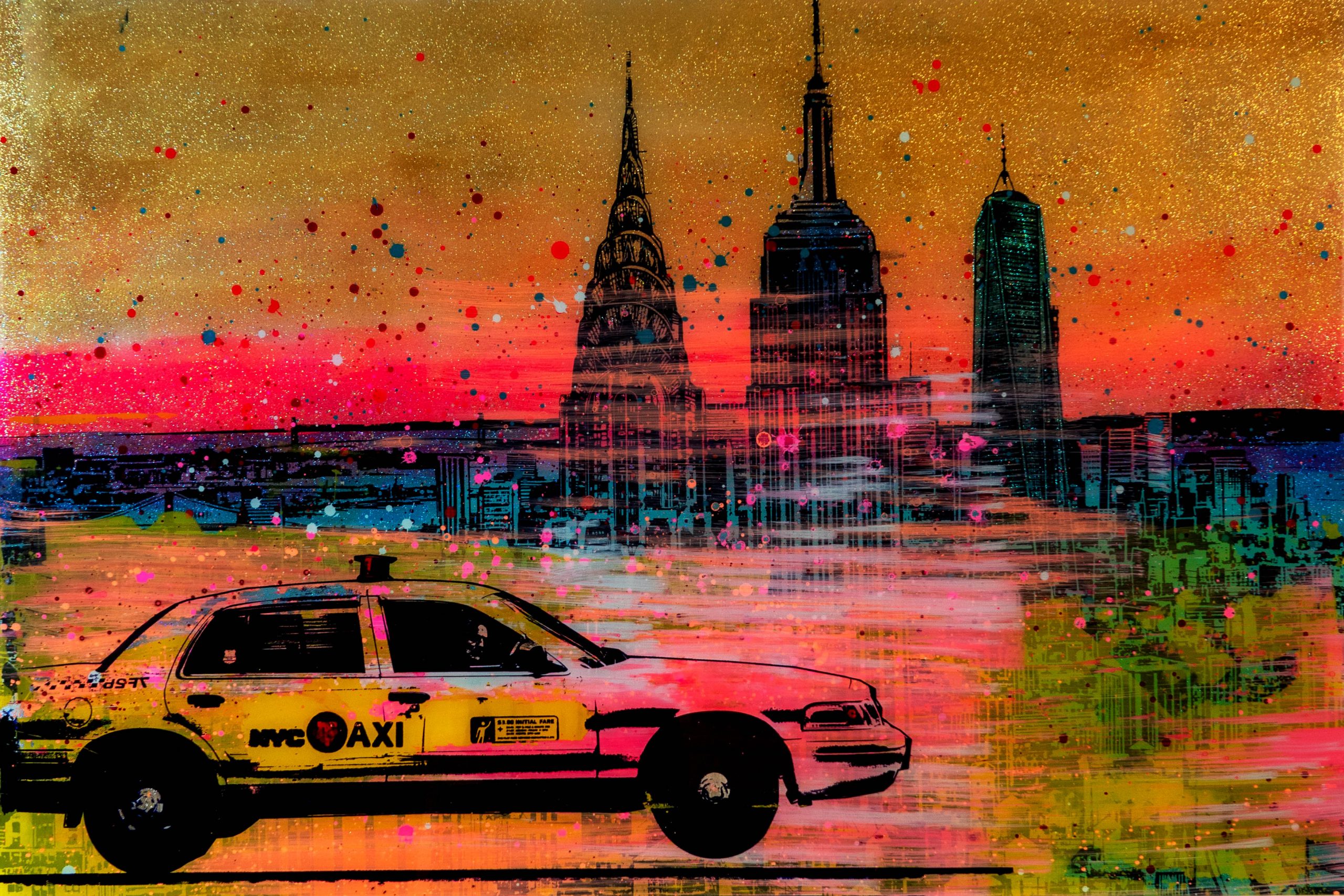 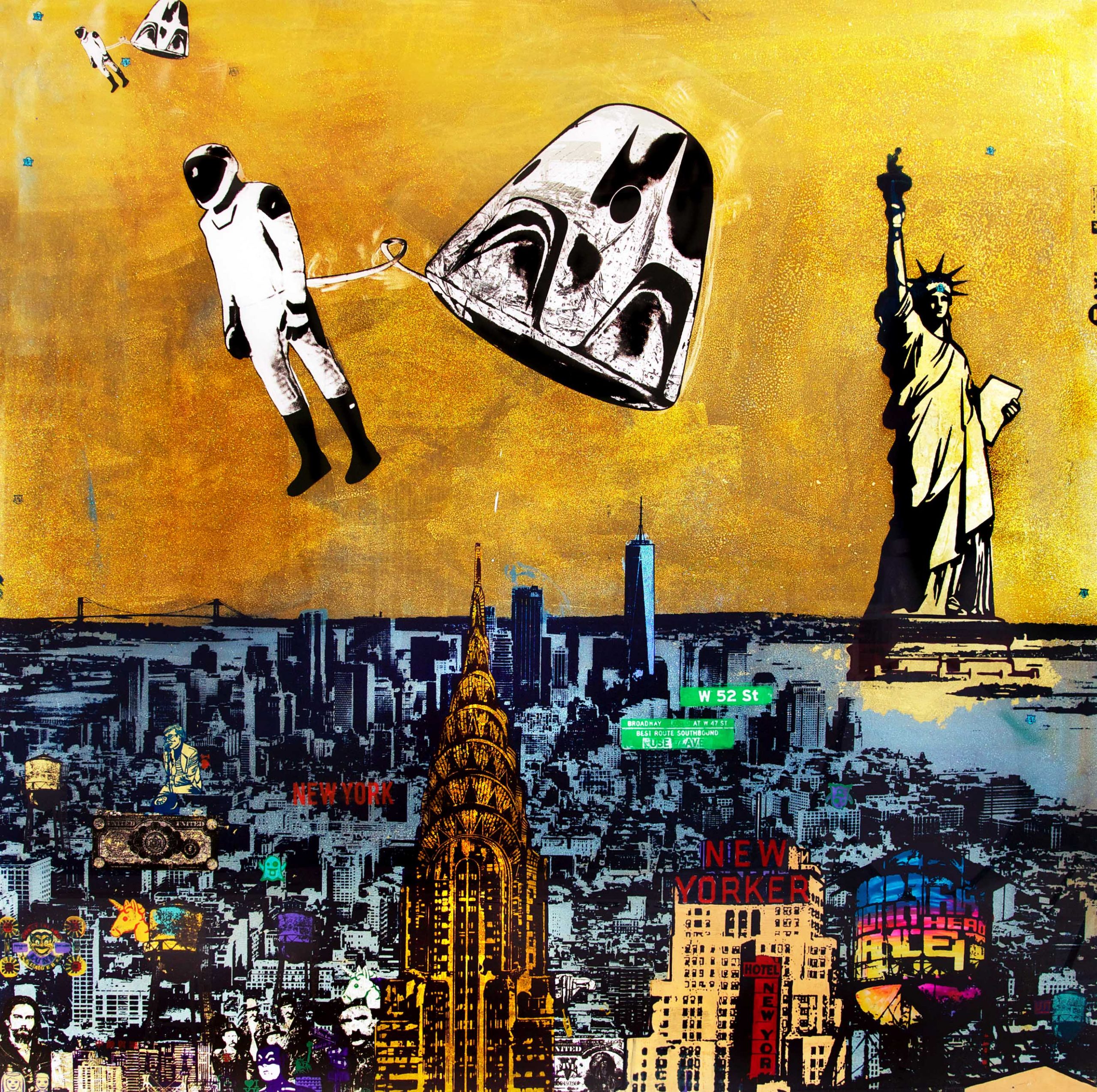 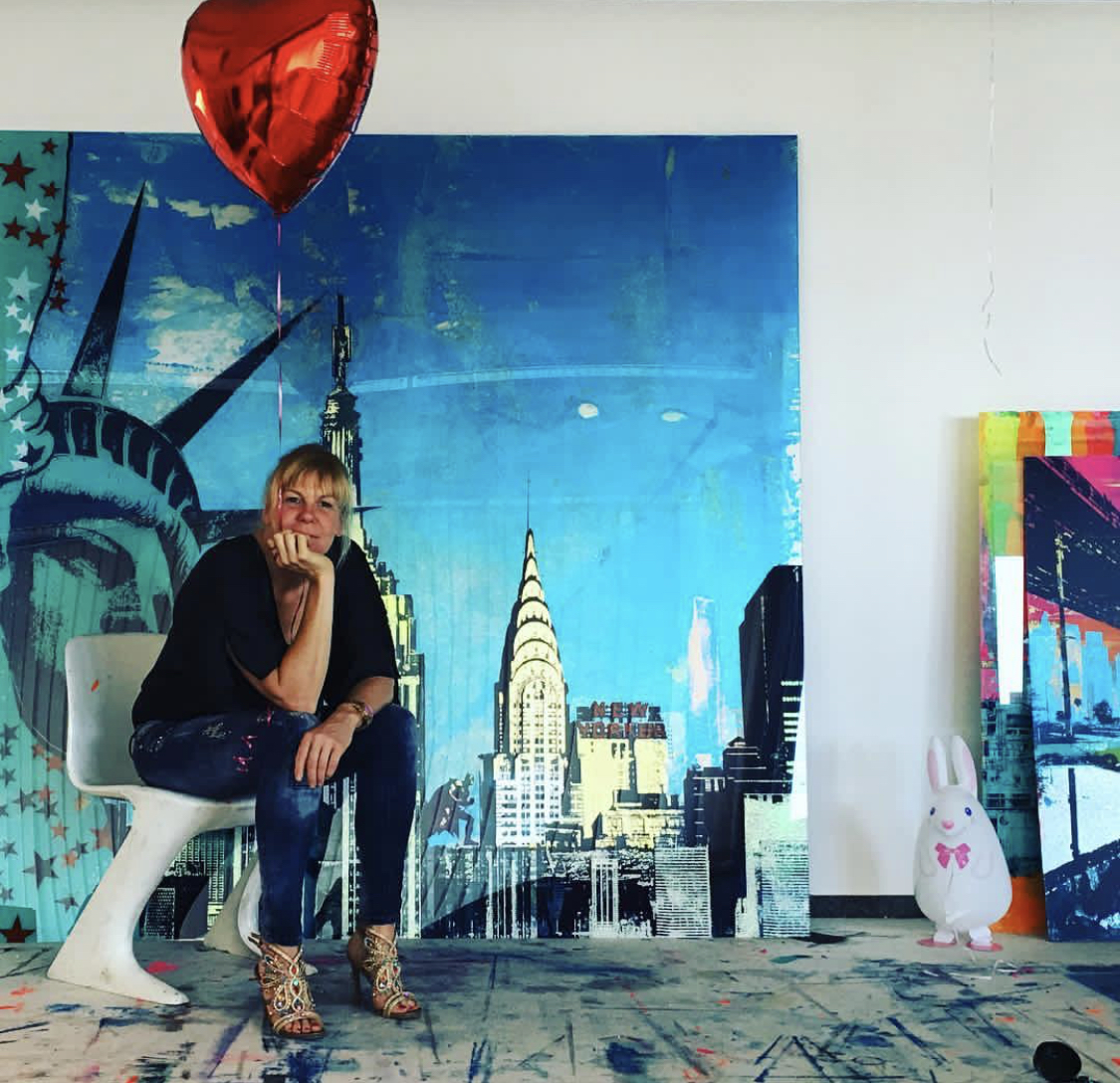 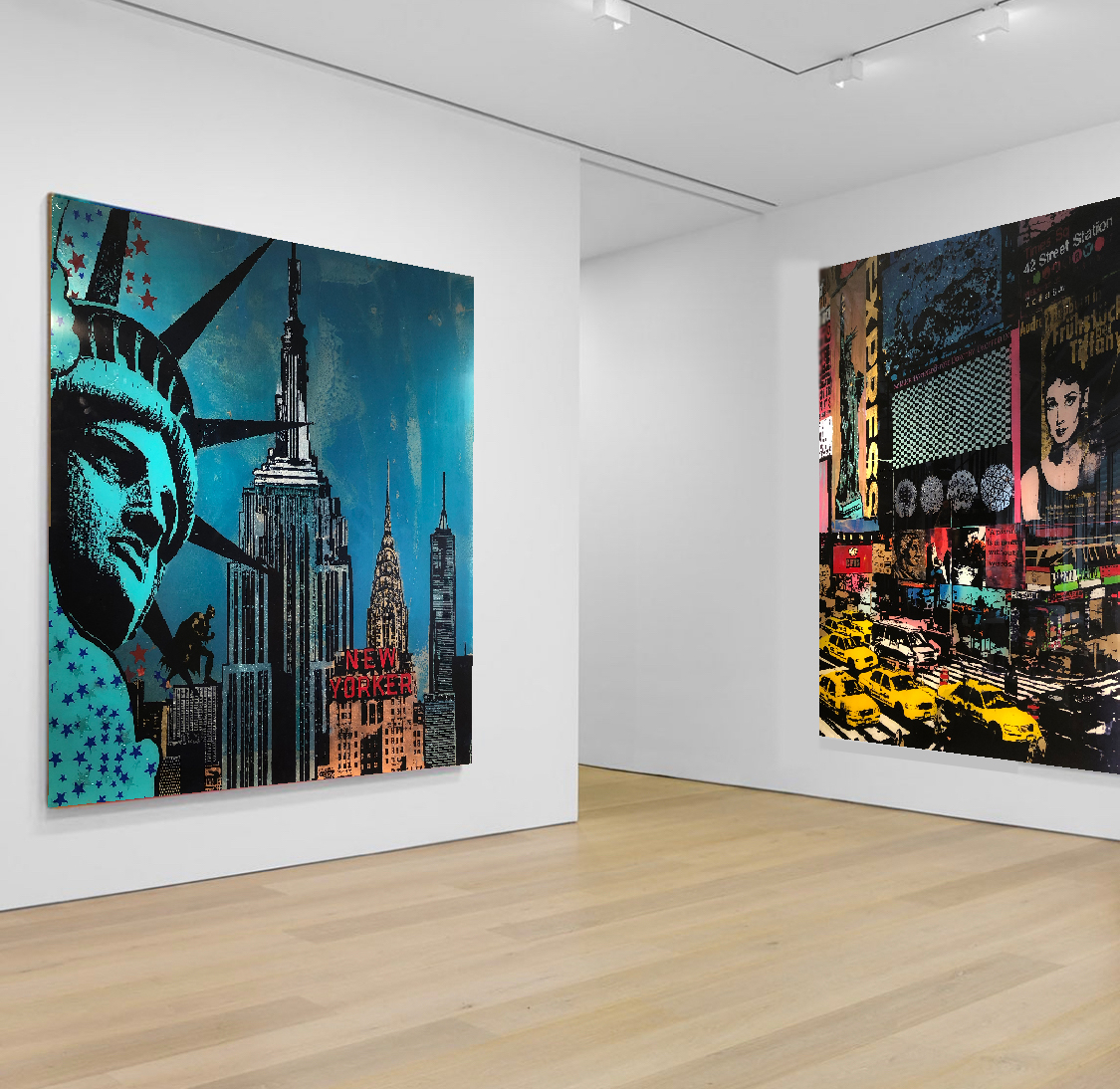 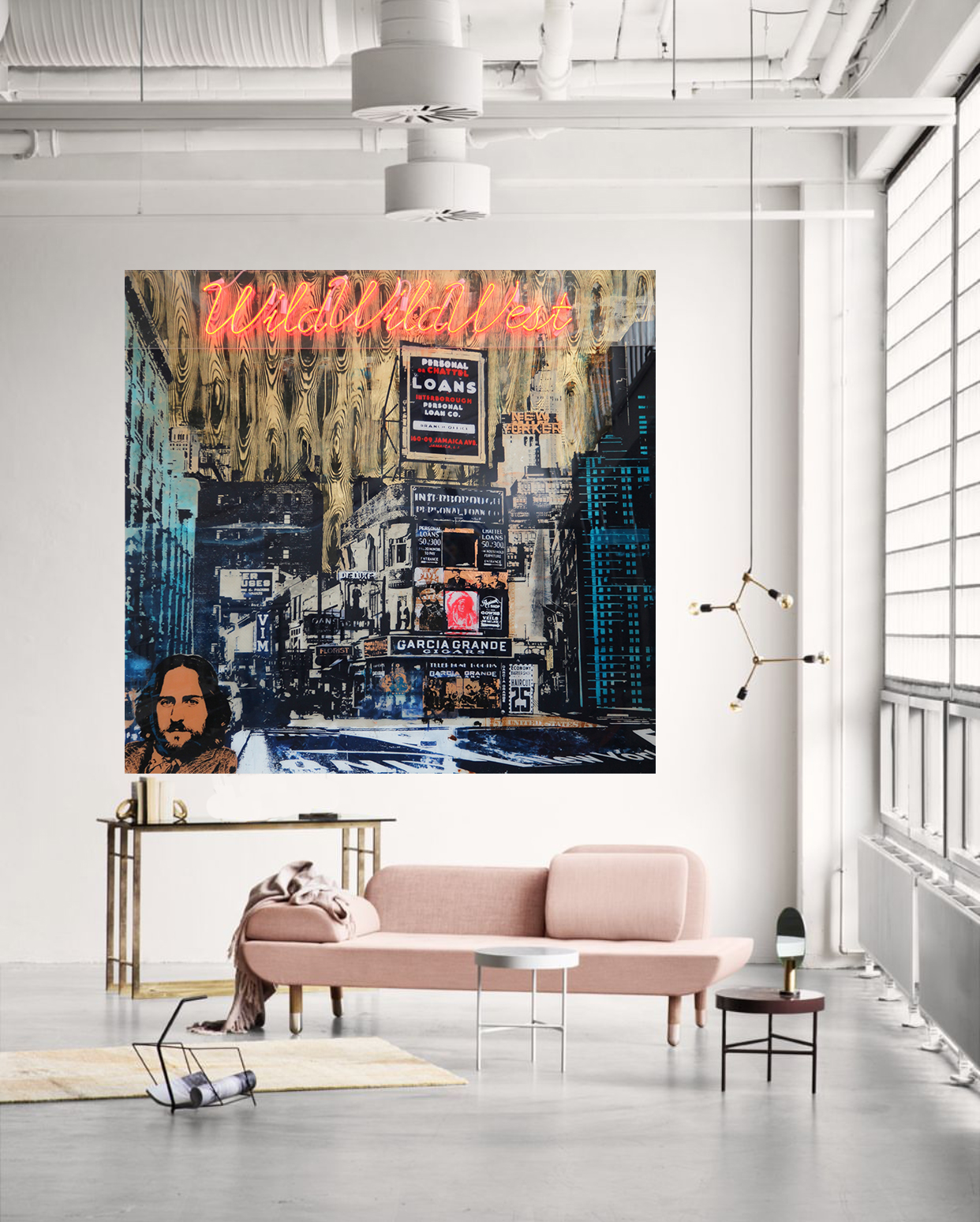 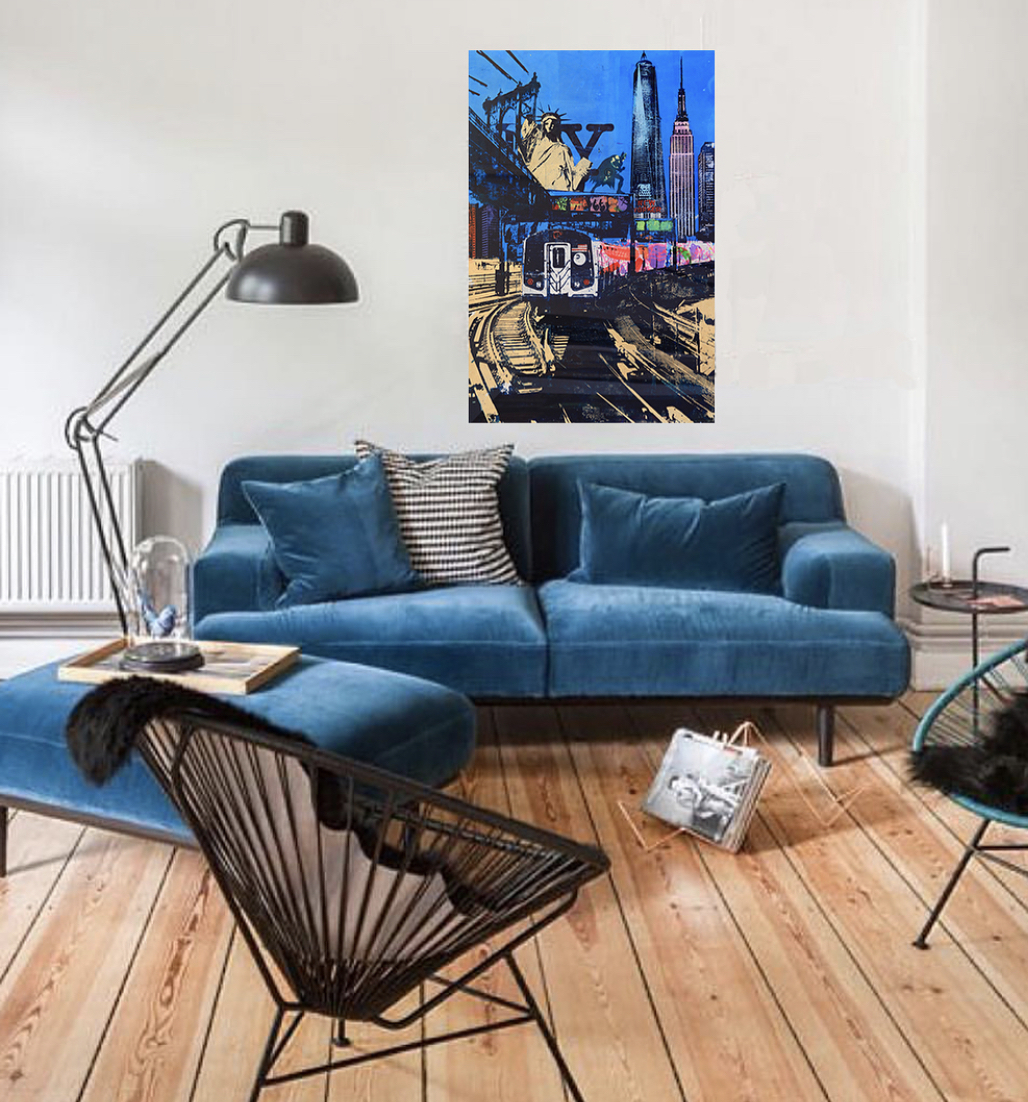 New York City is the prototype of the modern metropolis, a place of longing, which has provided the setting for countless Hollywood films. For Sandra Rauch, whose work captures the essence of urbanity, this city is a vital source of inspiration. Her pictures invite the viewers to immerse themselves in the virbrant city life and get lost between the shadows of the skyscrapers. You can almost hear the noise of the streets and the sirens of police cars.

Landmarks like the Flatiron, characteristic aesthetic elements of the cityscape like the facades of Soho or the gigantic billboards meet icons of American pop culture. Classic comic heroes like Superman or Batman naturally blend in with the collage-like urban landscapes. The artist creates an associative image of New York, which draws upon countless media resources and our collective ideas about this city.

Sandra Rauch deliberately juxtaposes screen printing and photography, which is particularly evident in some works, such as  New York Bang, Fifth avenue, or Michael Ferrari. In this aesthetic fusion of different media the interweaving of reality and fiction, which shapes our perception of the city, becomes manifest. At the same time, these pictures point to the passing of time, history, and the forces of change within the city that never sleeps.