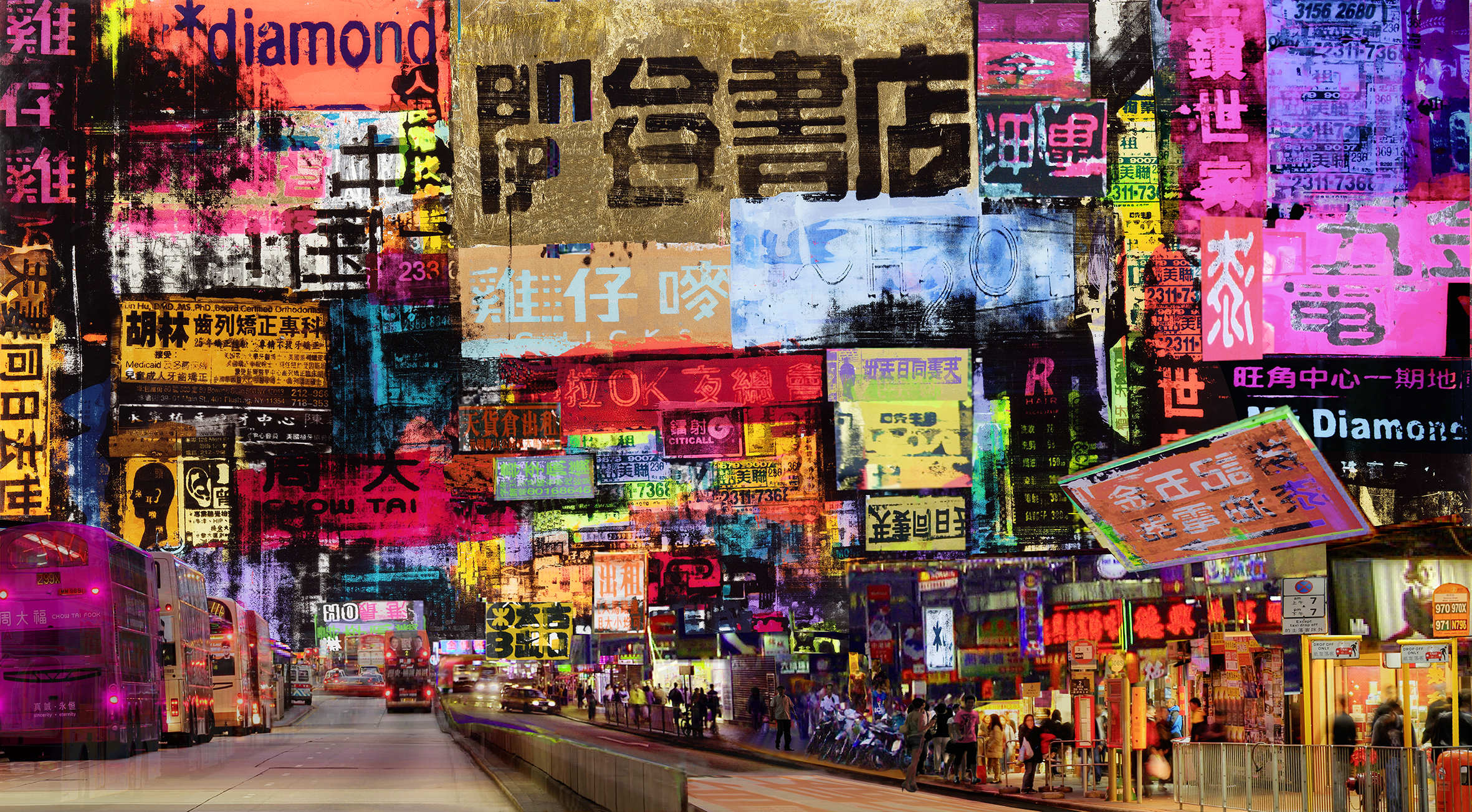 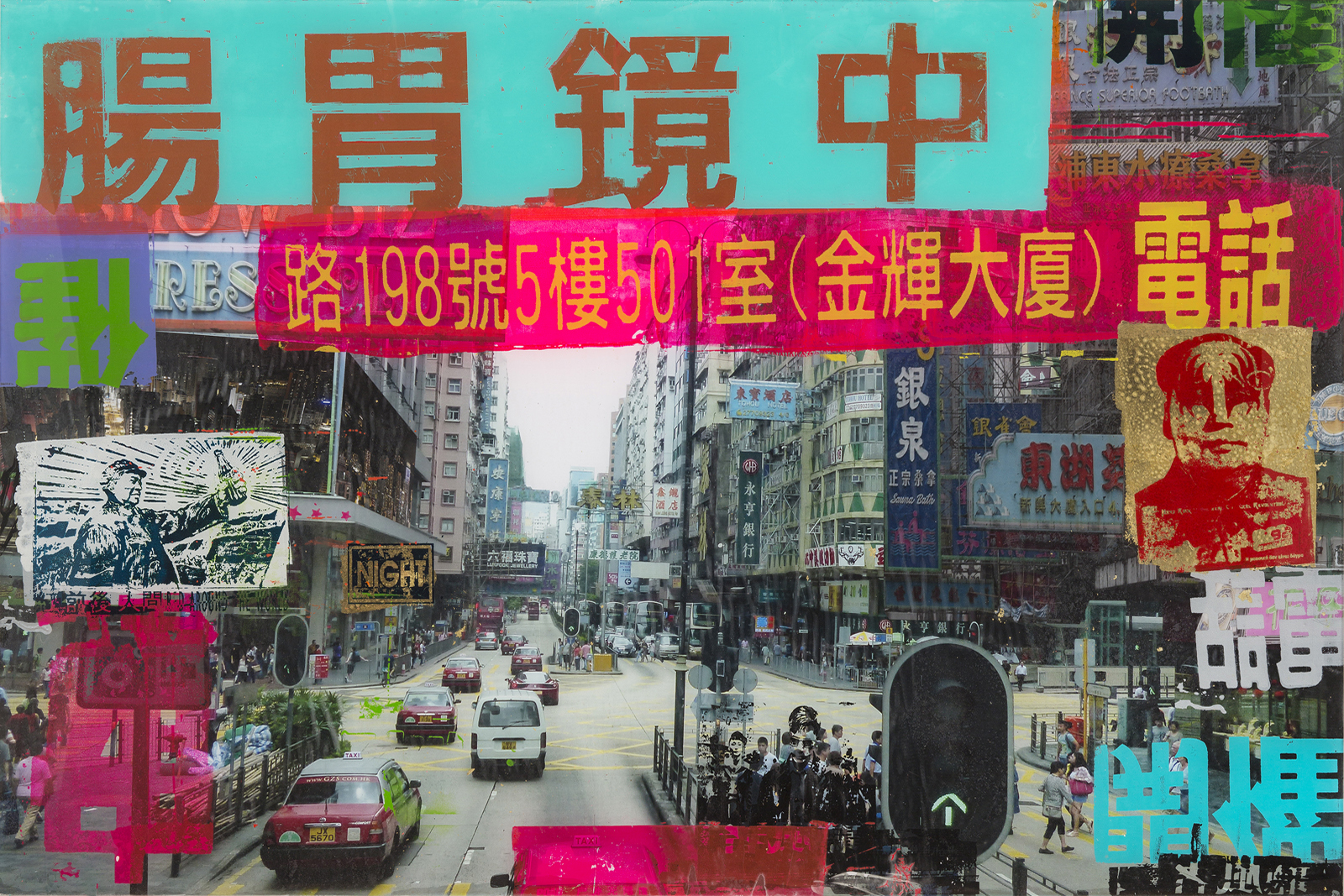 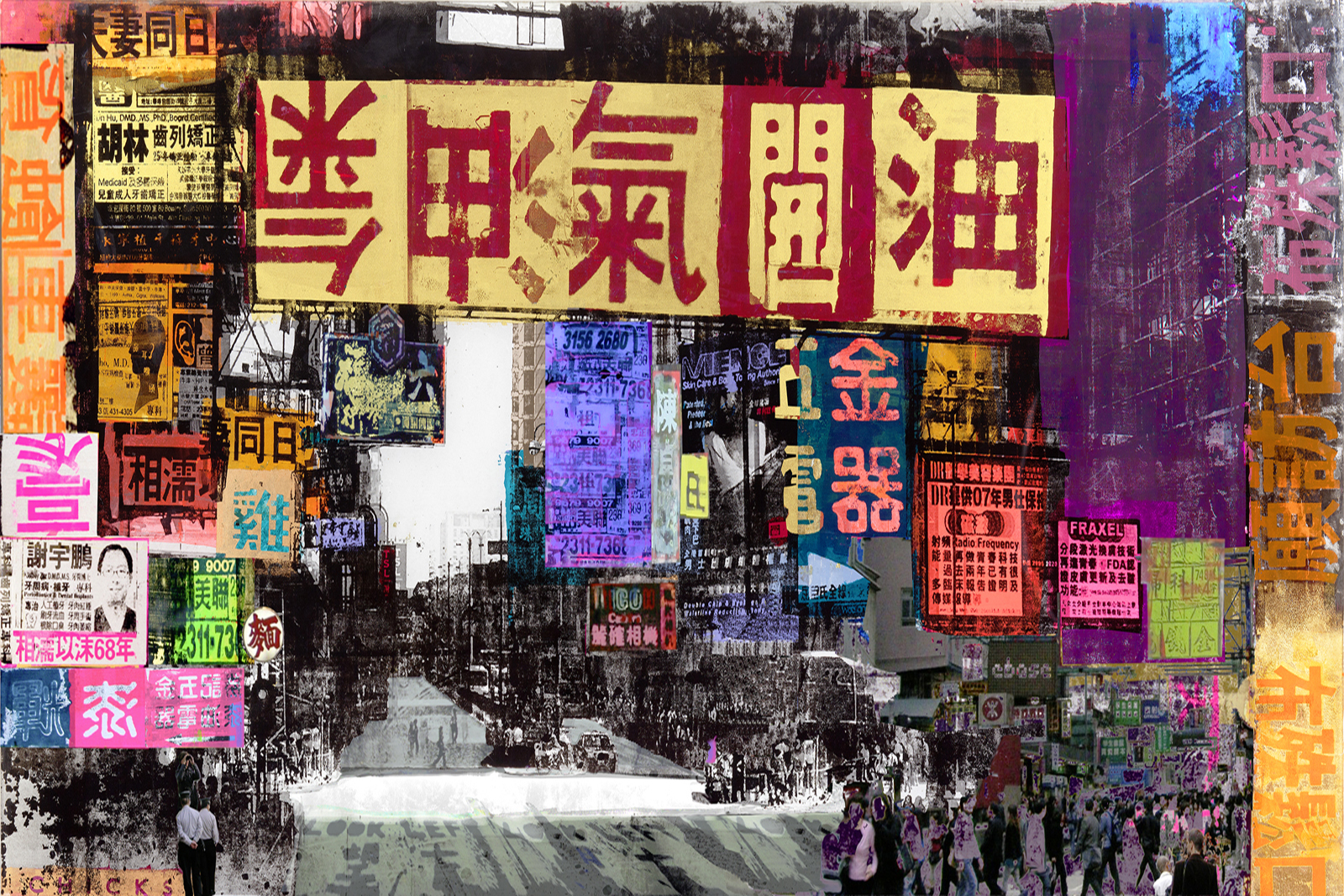 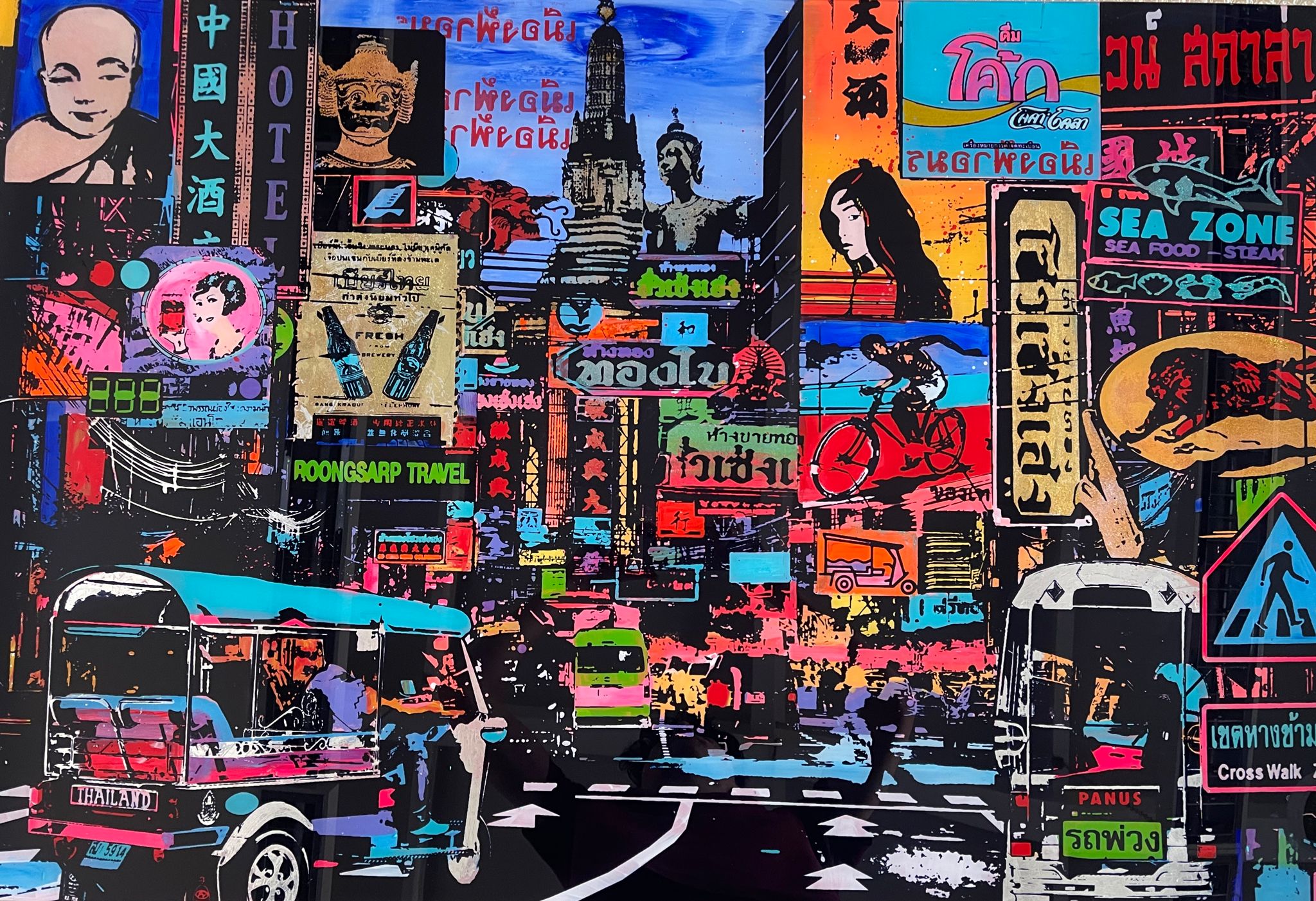 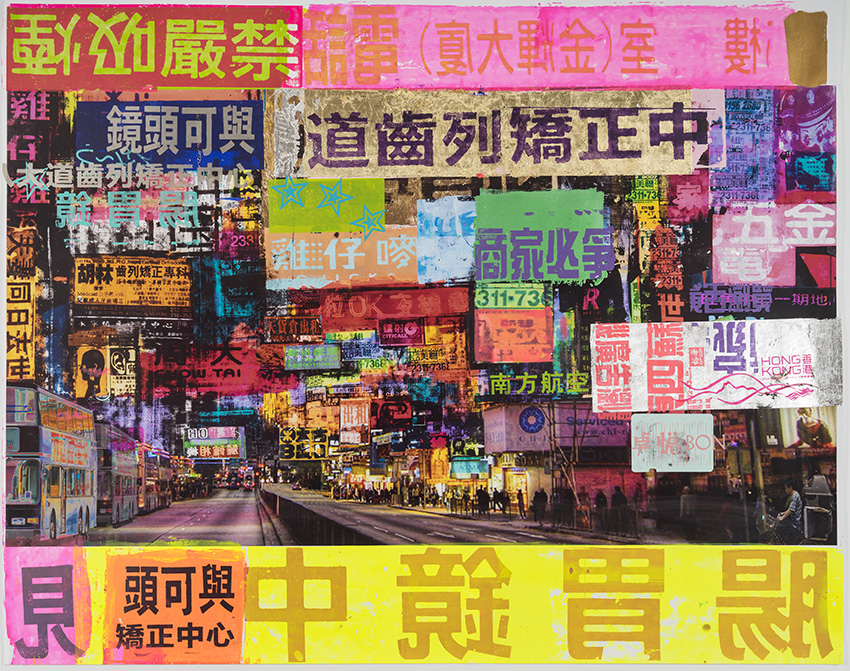 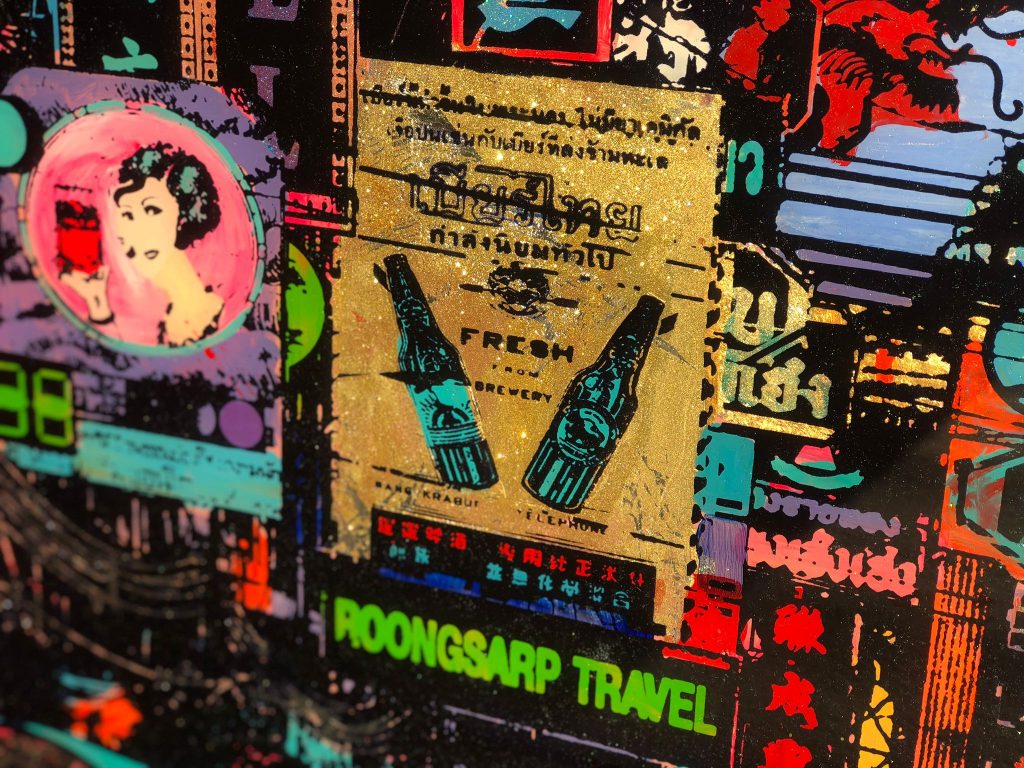 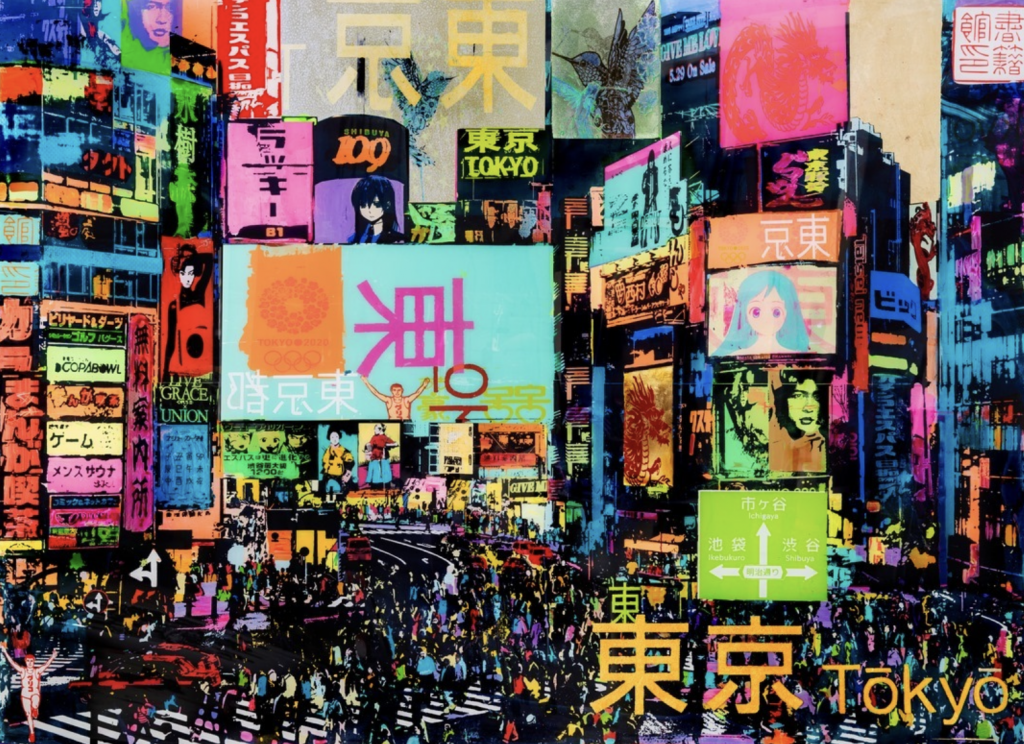 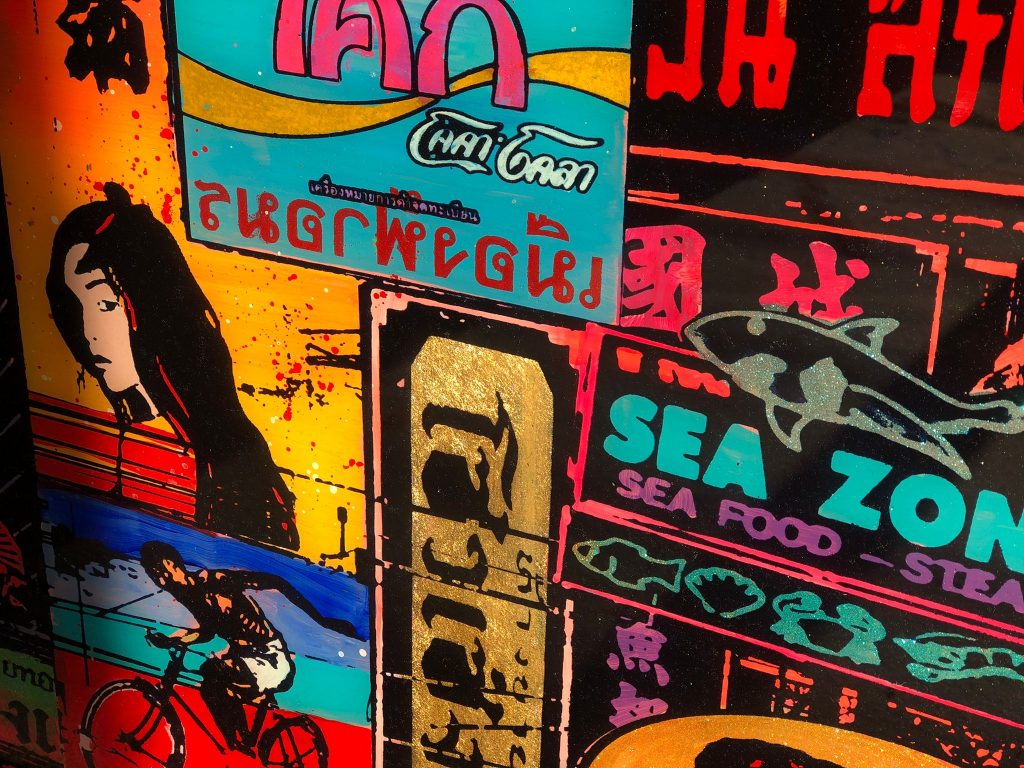 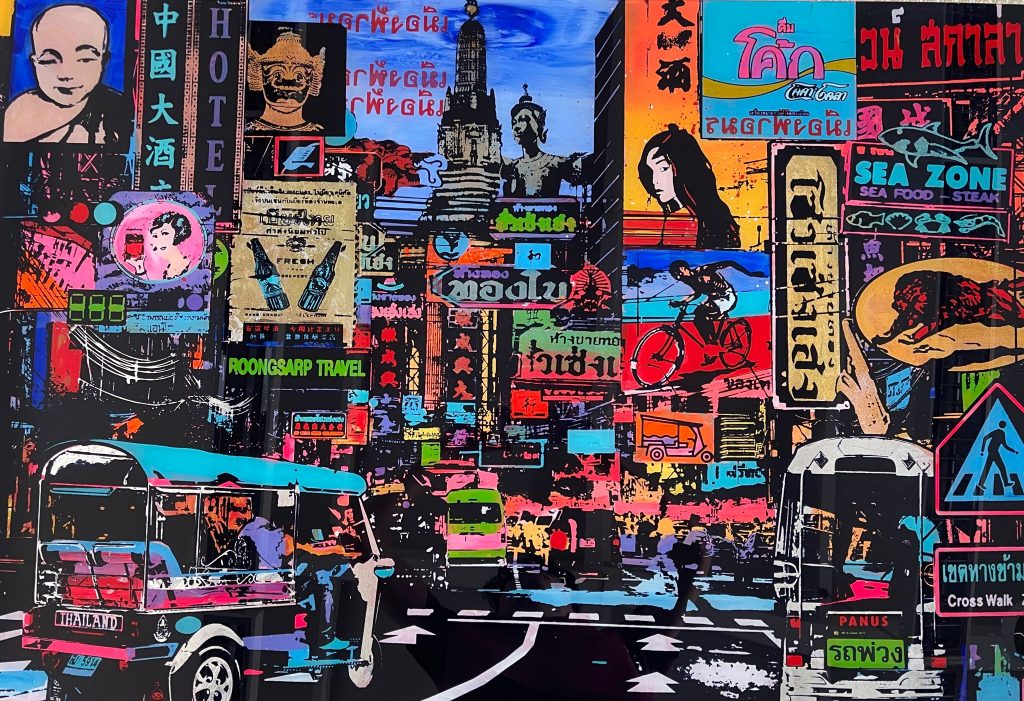 Asia’s megacities, such as Hong Kong, Shanghai, and Tokyo have always exerted a strong fascination on the artist. Thousands of neon lights and signs reflected by the glass facades of the gigantic skyscrapers form a colourful visual patchwork. To the European visitor, who is neither familiar with the architecture nor the languages, those cities are places of miraculous sensory overload.

For TecArtist Sandra Rauch, Japan’s futuristic capital is the perfect source of inspiration. The affinity for technological progress has become a characteristic part of the city’s culture. At the same time, people have a great sense of tradition. The artist combines both elements in her portrayal of the megacity. Stylistic fragments of traditional Japanese painting blend in with urban landscapes in bright neon colors. Conversely, yet inconceivable without each other, these two traits represent Tokyo’s specific atmosphere.

Travelling in China has also shaped Sandra Rauch’s work. Inspired by Shanghai’s glass buildings, she decided to use acrylic instead of canvas. The vibrant city of Hong Kong is subject of many of her pictures. In the former British colony , the blending of Eastern and Western culture is particularly noticeable. Sandra Rauch transports this unique, electrifying flair in her wonderfully exuberant compositions.