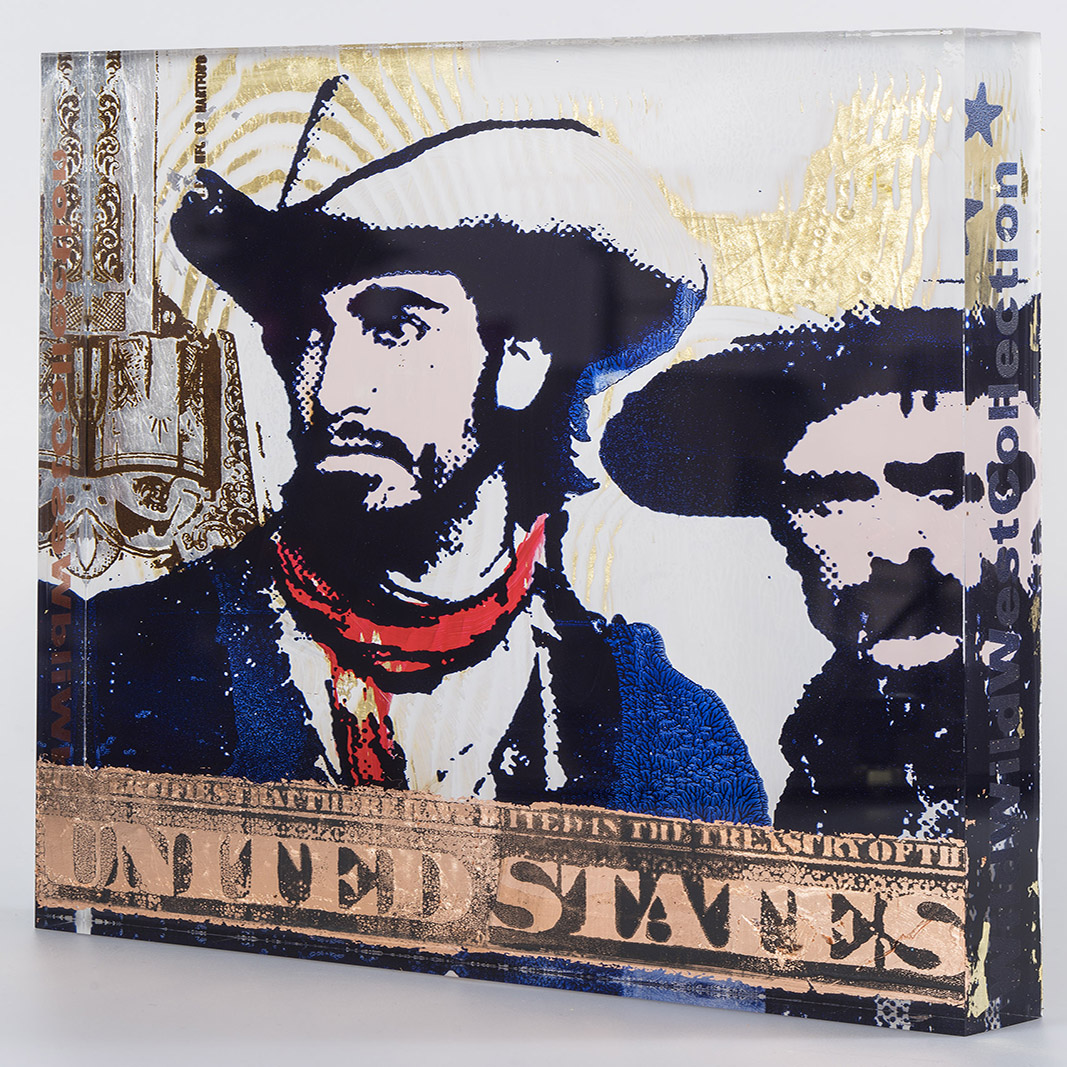 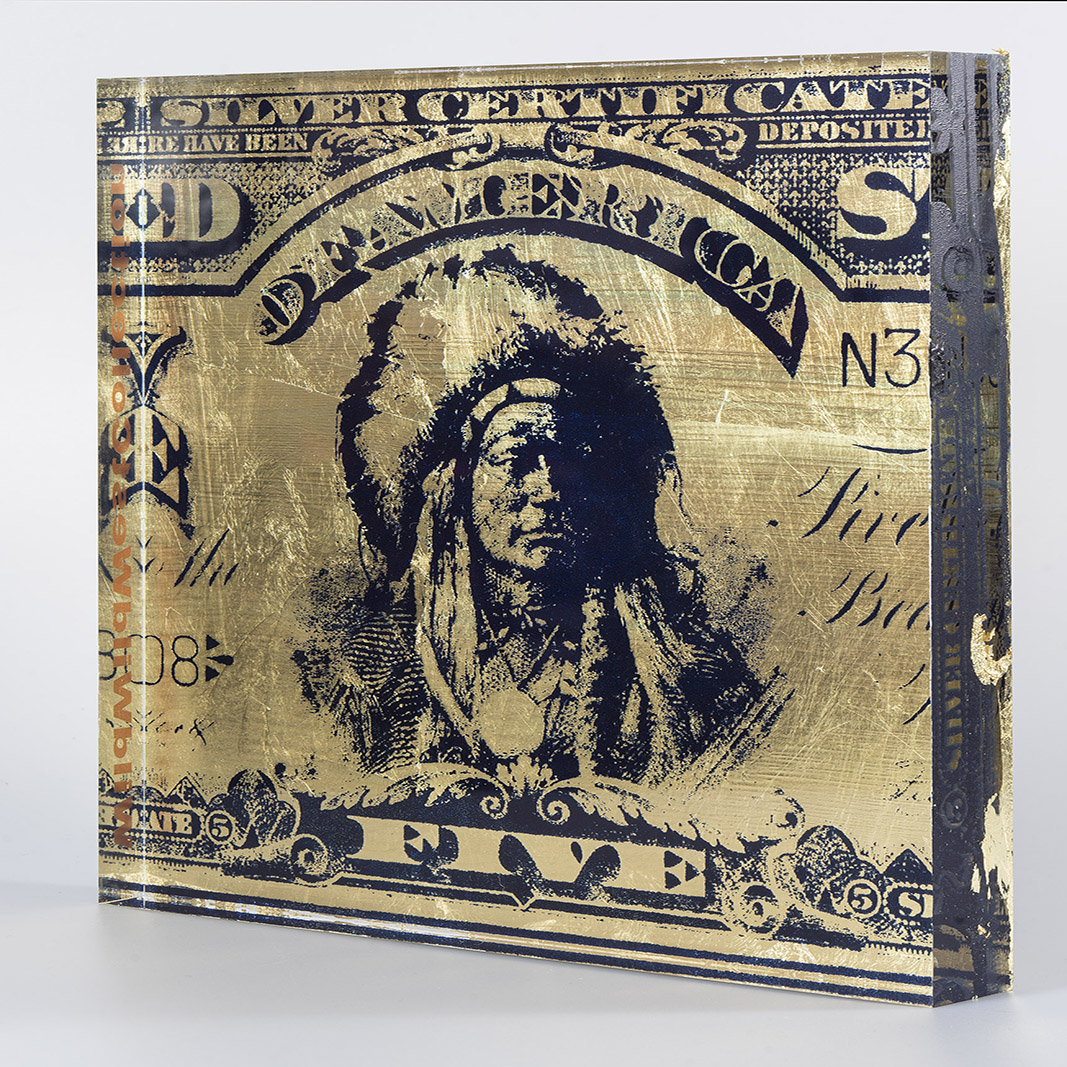 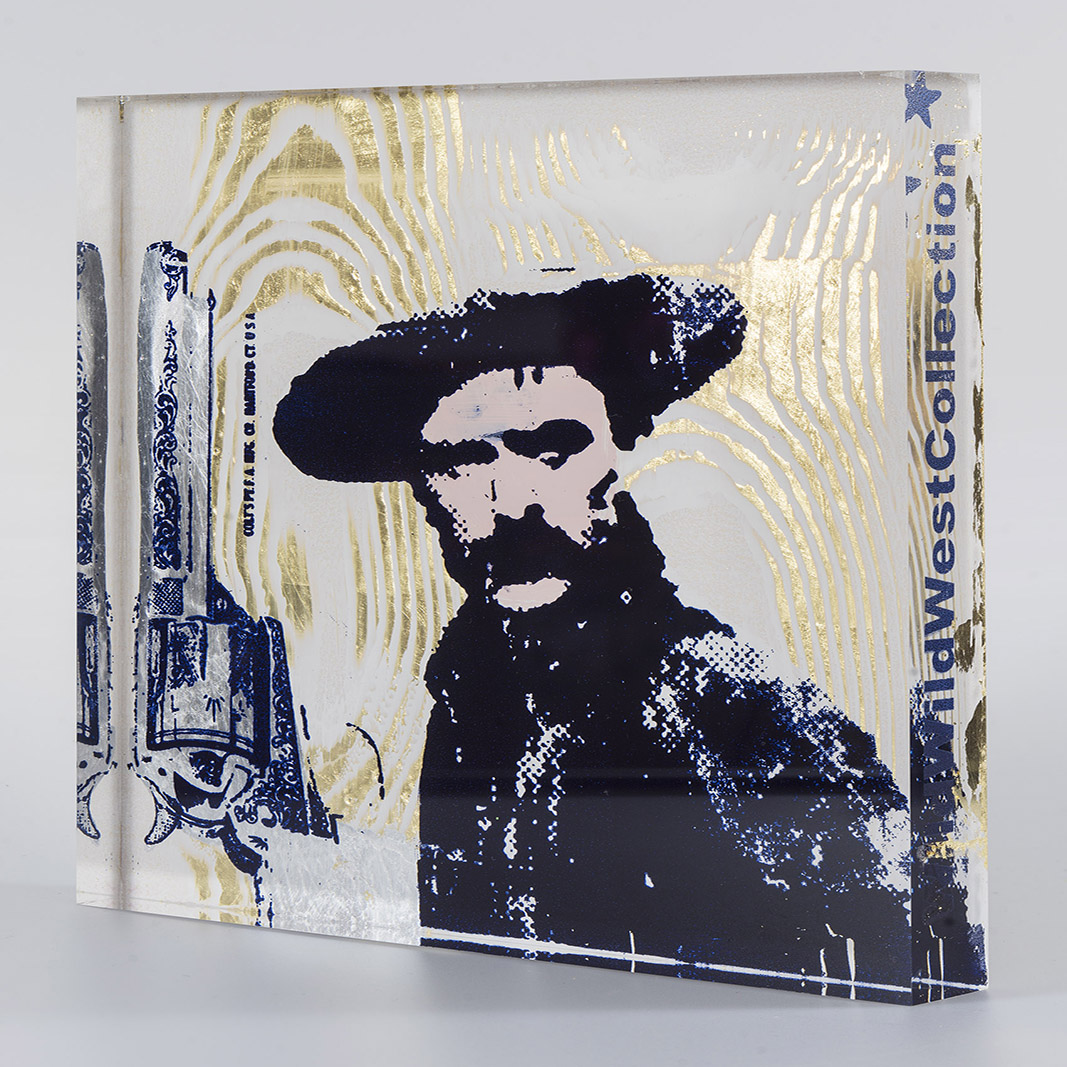 In her series WildWildWest Collection, Sandra Rauch turns to the genre of portrait for the first time. Her Western heroes combine US history with its fictionalisation in film. The subject of the cowboy already emerged in the early work of the artist. – Now she puts him in relation to the modern city of New York, thereby linking opposing elements of the Amercian identity in her signature, mosaic-like compositions.

In the superimposition of different print structures that simulate materials such as wood, glass or stone, the temporal level of the pictorial narrative becomes manifests. One might think of the city as a palimpsest, which is being inscribed and re-inscribed with new meaning over and over again, just like an ancient manuscript.

The characters Fuzzy, Mickey and Cullen have their origin in various films and TV series of the Western genre. In Sandra Rauch’s work, they develop a life of their own. They step out of their context and become icons of freedom, a notion which has been associated with the wide plains of the West in the past and can today be found within the anonymous metropolis and its infinite possibilities.

In composing collage-like pictures from anachronistic fragments, the artist playfully juxtaposes the aesthetics of different eras. 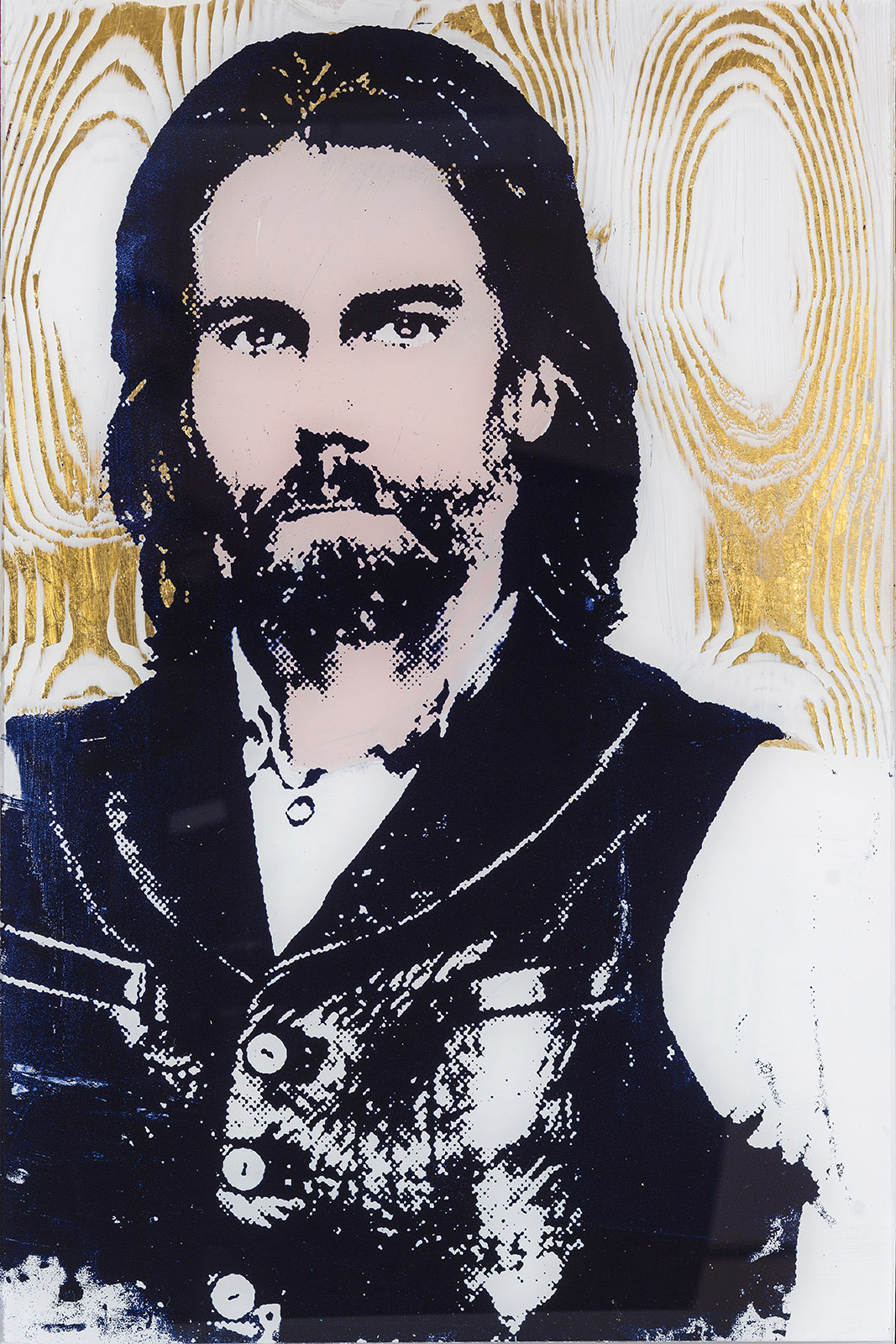 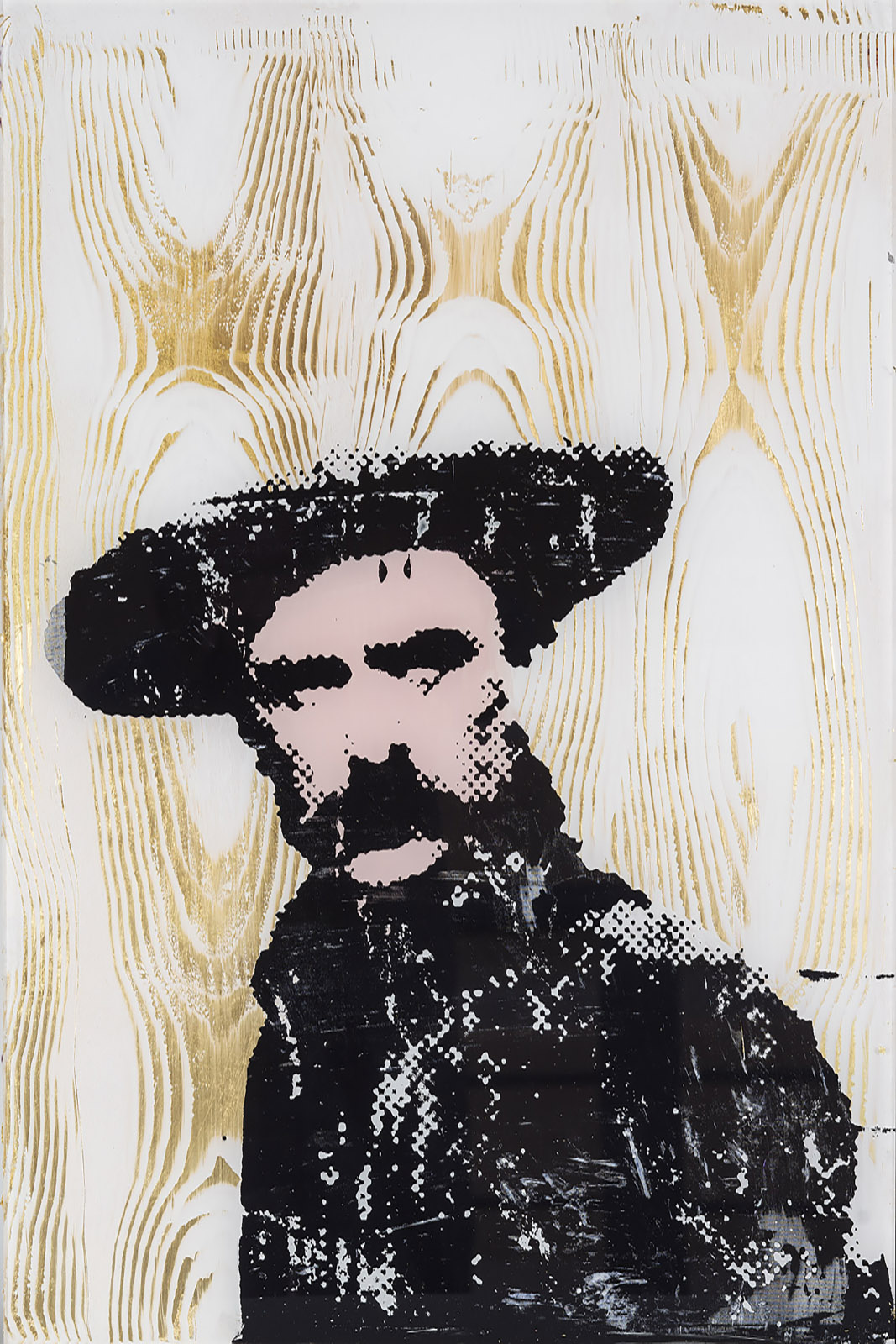 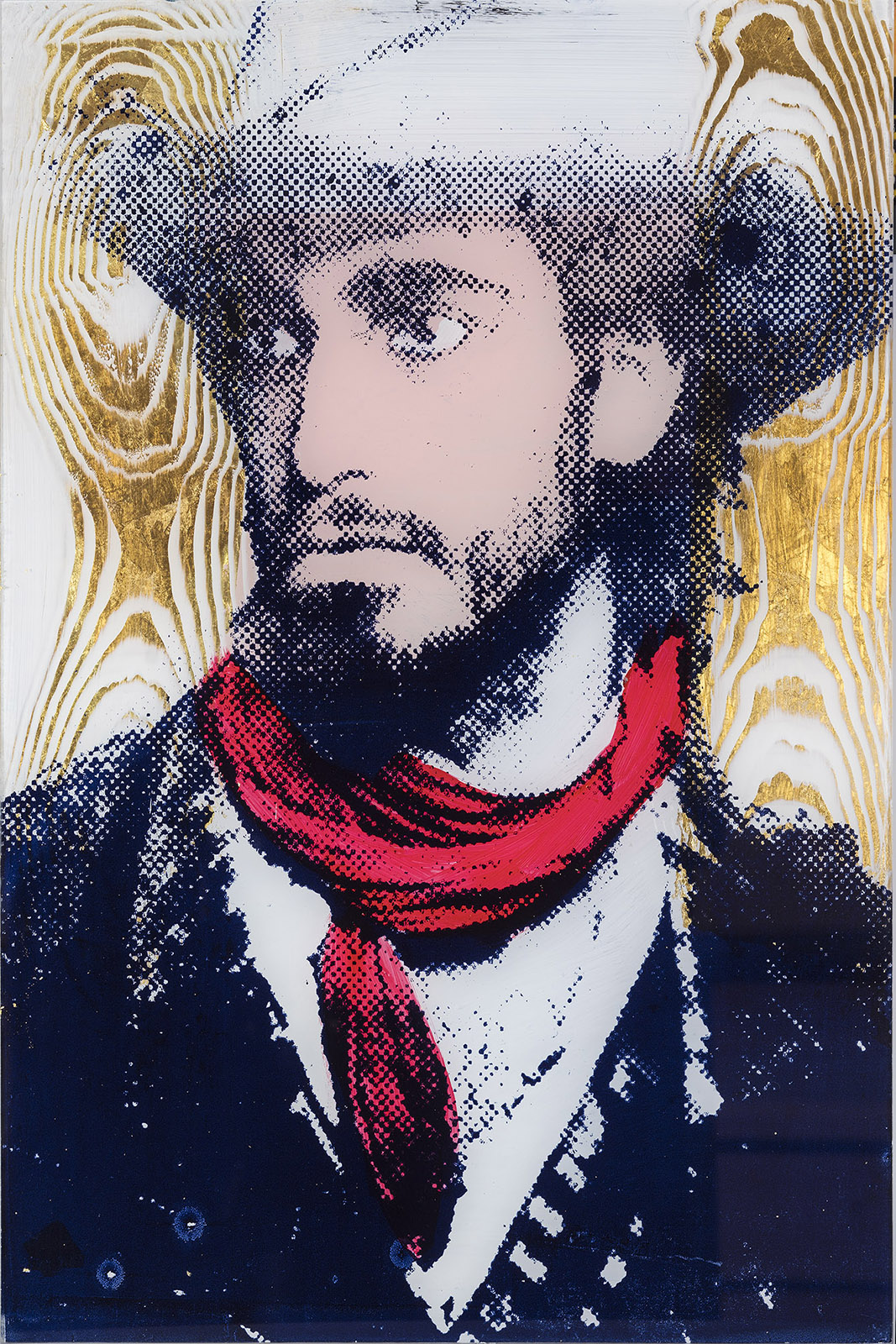